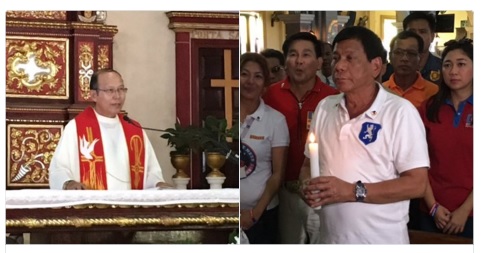 rulet canli oyna A Masbate-based Catholic priest on Saturday asked to President  Rodrigo Duterte to make good his promise to kill as many criminals as he could.

As the President  was holding a lit candle inside the church, the rector said he approves of Duterte’s proposal for a tough proactive approach to combat criminality and corruption.

king oyna microsoft READ ALSO: Archbishop Oscar Cruz to Duterte: Expose sins of the church, so they can be corrected

Asked later if he was being serious about having criminals killed, Bautista  said that he was just joking.

“It is a joke. Pero kung marami dito ang dapat patayin na involved in the criminalities, corruption, and drugs, I am with him (Duterte),” the priest said.