Richard Tadena Macaraeg, a Facebook user, recently took to the popular social media site in order to express his thoughts and opinion towards the problem the Philippines is currently facing: rising inflation.

According to Macaraeg, the increasing inflation rate is simply an “artificial situation” that is made up by “economic manipulators”. 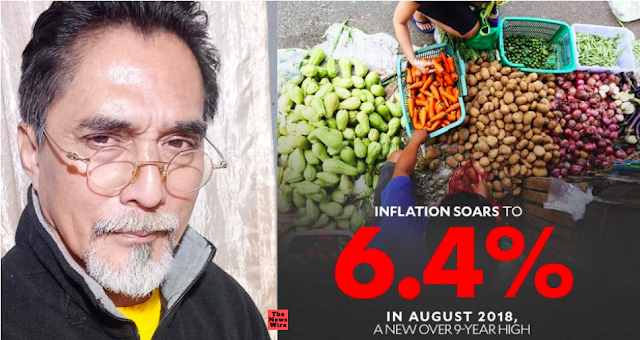 He adds that the way it is ruining the economy is that the news reports they let out reach foreign investors and disincentives them to put their money into the Philippine economy.